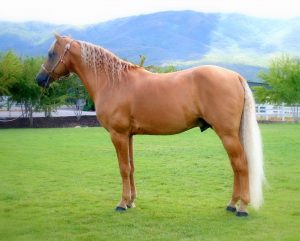 The Breeding Sire of the Year award was established by the MFTHBA Membership Committee to recognize stallions providing a significant impact to the continuation of the breed.  In addition, the award was designed to encourage foal registration in a timely manner, something that helps the MFTHBA in its task to preserve the registry of the breed.

The criteria for the award are simple:

Rounding out the Top 10 Breeding Sires: